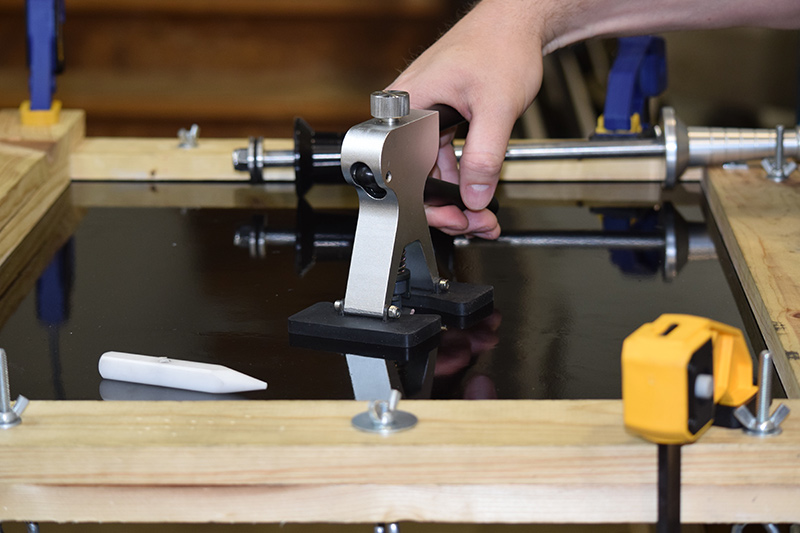 I was called to a Mercedes Benz production facility to consult for a paint & metal department about paintless dent repair use in their production process. The department manager was looking at his production system and thought that maybe his PDR use could be improved. He wanted to increase production speed of dent repairs and reduce vehicle body scrapping.

After examining their department, I did see that the department was being hindered. This was due to outdated PDR theory use and mostly obsolete equipment. But, he had something going for him. His staff managers were all PDR master craftsman quality technicians. Most of the managers had been there for years and were accomplishing high quality repairs. The hindrances were eating up time, which was not good in the manufacturing environment.

The Plan For Upgrades

So, I developed a PDR training plan for the department. It was to perform onsite training and provide upgrades in paintess dent repair theory, skills, and equipment knowledge. Combined with hands on, over shoulder coaching, this training plan was sure to get the required results. The result being to get the department PDR skills equipped to service dent repairs more efficiently with increasing production.

The plan was to train the department managers and they were to train their team members. So, a “train the trainer” format was employed to assist equipping the entire department in the PDR upgrades

Right from the start, these department master craftsman technicians / team members were excited about upgrading their PDR knowledge. These guys took pride in their PDR skill mastery. As I began to instruct them in the new PDR theory, their understanding was enlightened. They began to understand why they were so frustrated with their PDR repairs.

As we started the hands phase of training. These technicians progressed with their upgraded skills rapidly. Most of them came from a collision repair background. They had been performing “old school” body shop dent repairs in their department on a daily basis. New PDR theory is somewhat based on “old school” metal management theory. Thus, application of “new school” PDR theory was natural.

As we progressed through the training, I showed them the newest process to repair a crease dent. It had been developed just months before their training. I was able to give this group the “latest and greatest” in PDR knowledge. To round out the training, I gave them an upgrade in glue pulling skills. This was important because PDR is more than just pushing dents. Its a group of skills combined to repair damage without having to alter factory applied protective coating.

With the training complete, I left this group of managers ready to use their upgraded PDR skills. They also were equipped to instruct their team members. I am confident that this department will see a great return on investment from upgrading their paintless dent repair skills.